The topic of millennials is often seen trending around Social Networks, so we decided to have our own look at some key viewpoints on topics that arise in the workplace. Among the discussion today, we have a panel of 3 individuals including; John, Sue and Tyrell. As the title suggests the three include a business owner, a millennial and a generation x, to give some key viewpoints. 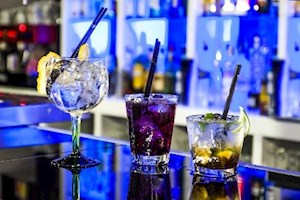 Moderator: Tyrell, Do you think millennials is a just a stereotype? And why?

Tyrell:  Yes, I think Millennials is just a stereotype! Classifying all people under 35 as being the same is simply Ludicrous. Yes, there will be similarities between some because of social influences, but they will impact each person differently.

Moderator: Sue, we often hear Millennial’s labelled as Lazy, Techie, what is your opinion?

Sue: I don`t think they are lazy as such and if anything it`s Generation X who are to blame for this as we`ve wanted to give them everything that we never had.  We created this mentality to a certain degree.

Moderator: Tyrell, being a millennial, what do you think of Generation X?

Tyrell: I’m lucky to work with such open minded and patient generation X’s, they are happy to share their experience and knowledge with me. I know with just under three years’ experience some of the ideas I have may be, ridiculous? But they listen. Regardless of age, work is about collaboration! I don’t think we’re that different…

Moderator: Sue, what are Generation X’s most defining characteristics?

Moderator: John, would you say there is a greater difference between millennials compared to both Baby boomers and Generation X?

John: Not really, Millennials have heard stories, but know nothing about the hardship experienced by their grandparents when they were young and there massively increasing wealth. Each generation has been responsible for the changing social attitude and perception of the following generation. Many things have changed for the worse, but many things have also changed for the better.

Moderator: Also what would you say motivates Millennials & Generation X, is there a clear cut difference between the two?

John: I think the attitude is a big difference, but Generation X is mainly responsible for this. Generation X was born into a time when the country was getting back onto its feet, but understood the hardship and the meaning of hard work and the value of money.

Moderator: What about millennials then?

John: Millennials have parents of relative wealth in comparison to the previous generation. The parents were over protective and too easy to give their children everything that their parents could not, so the Millennials know the price of everything, but the value of nothing.

Moderator: That’s a fair point made; do you think technology has been an issue over time?

John: Generation X and their parents played simple games with their friends out on the street or in the park. Millennials can sit in their bedroom and play games on a computer and interact with people “on-line” without actually interacting at all. Technology, invented by Generation X has again changed the way Millennials socialise.

Sue: Even at the age of 2/3 they are using mum or dads iPads and kids now-a-days spend most of their time on either their iPhone, iPad, tablet or some piece of technology and don`t know how to communicate face to face effectively.

We already have some interesting perspectives from generations in the workplace, with some clear differentiators. It is very surprising to hear that generation X almost blame themselves for their own perception of millennials. We will be releasing our second and final part of the panel discussion shortly. Check back for a look at opinions on dress code in the workplace, motivation and flexi-time.

Written by Kyle McLaughlin at 00:00