"Britain is not immune to slowdown and shocks" says George Osborne

The Budget change has ranged from introducing sugar tax on soft drinks to raising the income tax threshold to £45,000. There are changes to tax including Corporation and Capital. This will affect small to medium businesses for the better because it has been announced that Corporation tax will be cut to 17% by 2020 with Capital gains tax being cut from 28% to 20%.

Capital gains tax slashed from 28% to 20% for top rate taxpayers, and from 18% to 10% for basic rate taxpayers. New threshold for small business rate relief will increase from £6,000 to £15,000, and higher rate will be increased also. Business rates will also be linked to CPI, the official measure of inflation which has historically been lower than the RPI rate rates are currently linked.

An analysis by the office for Budgetary Responsibility suggests they will be levied at 18p and 24p per litre. This means that some drinks would currently fall under the higher rate of the sugar tax such as full-strength Coca-Cola, Pepsi, Lucozade Energy and Irn-Bru, according to the Treasury. 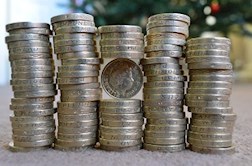 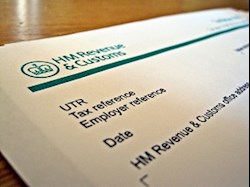 Additionally from 6 April, National Insurance costs for many will increase by 1.4%, which is set to save the Treasury £5.5bn a year. This is also a matter to make sure business owners are aware of any contributions changes and accounting correctly through payroll.

Aside from managing directors, those in charge of the company financials should be keeping on top of the changes because it could cause fundamental changes in the setup in terms of tax code changes to reflect the new guidelines.

By having an intuitive accounting software, finance directors should be checking that tax code changes and Payroll updates can be applied easily through their system so that they can account for the change.

For example the newly introduced Sugar tax will affect the retail industry so business owners and finance teams need to think about the possible implications. Running forecasts is not just optional but a necessity and either utilising or putting in place an intuitive accounting software such as Sage 200 and Sage 300 becomes even more vital to the sustainable position for the company.

Written by Kyle McLaughlin at 11:46